Dr. Bob Curran was born and raised in a remote mountain area of County Down in Northern Ireland.  Leaving school at 14, he worked in a number of jobs including lorry driver, professional musician, journalist, and even as a scripter of comics.  He travelled extensively in many countries before returning home to settle down and work in the Civil Service.  Later, he went to University where he obtained degrees in education, history and educational psychology, whereupon graduating as a teacher.

Although he still teaches, much of his work is now regarding community development within Northern Ireland, in this capacity, he acts as a consultant to a number of cultural bodies within the province.  He he deals with cross-border matters with the Irish Republic, working for the Office of the First and Deputy First Minister of Northern Ireland.

As a writer, Curran has been extremely prolific and has approximately 38 books to his name mainly on the subjects of history and culture.  In addition, he has a number of works published in other languages including Japanese, Italian, French, Portuguese (Brazil), Spanish (Spain and Mexico), German, Urdu and Latvian.  He has also served as a contributor and and consultant to various radio and television programs both for private companies and national networks.

Married and with a young family, Curran continues to live in Northern Ireland on picturesque North Derry coast, not far from the celebrated Giant's Causeway.

Bloody Irish: Great Irish Vampire Stories
The Truth About the Leprechaun
Celtic Lore & Legend: Meet the Gods, Heroes, Kings, Fairies, Monsters, and Ghosts of Yore
Vampires: A Field Guide to the Creatures That Stalk the Night
Encyclopedia of the Undead: A Field Guide to Creatures that Cannot Rest in Peace
Walking with the Green Man: Farther of the Forest, Spirit of Nature
Lost Lands, Forgotten Realms: Sunken Continents, Vanished Cities, and the Kingdoms that History Misplaced
Zombies: A Field Guide to the Walking Dead
Werewolves: A Field Guide to Shapeshifters, Lycanthropes, and Man-Beasts
Biblio Vampiro: An Essential Guide to Vampires and, More Importantly, How to Avoid Them
Dark Fairies

The Werewolf Handbook: An Essential Guide to Werewolvesand, More Importantly, How to Avoid Them
Man-Made Monsters: A Field Guide to Golems, Patchwork Soldiers, Homunculi and Other Created Creatures
The World's Creepiest Places
A Haunted Mind: Inside the Dark, Twisted World of H.P. Lovecraft 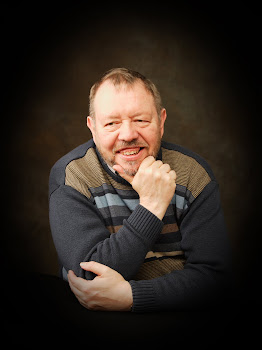 Favorite Spots on the Web